Being Black, Being British, Being Kingdom

Both globally and locally, we have been forced to take a hard look at the systems that have been constructed in our society… 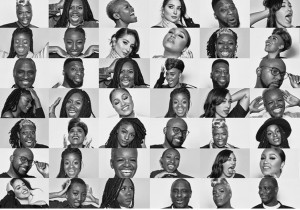 I hope you found Black History Month inspiring, engaging, and uplifting. Thankfully, we’re able to celebrate culture and heritage all year round!

2020 has been transformational for the Black community, potentially for the world, even. Both globally and locally, we have been forced to take a hard look at the systems that have been constructed in our society. We know that the history of Black people is golden 365 days a year, but Black History Month is an opportunity to learn about, reflect on, and celebrate our Black brothers and sisters.

Growing up in a Black majority church in the UK, surrounded by Black educators, creatives, and professionals, I always felt like I had a strong sense of both my Black and my British identity.  As I’ve grown and learned, I’ve come to realise that the “Black British Experience” is so much broader than what I had initially thought. My Blackness is interwoven with my Britishness in so many ways.

I see it in the contributions of both my grandmothers to the National Health Service as they established themselves in post-war Britain. It is evident to me when I consider my paternal grandfather becoming Bristol’s first Black bus driver following the Bristol Bus Boycott. My maternal grandfather served in the British armed forces. Then there was my father who proudly represented Team GB at the Olympic Games. My identity is stamped throughout the food that I cook, mixing traditional English dishes with the flavours of the Caribbean. Not to mention taking part in one of Britain’s historic moments.

May 19th 2018 for me was a demonstration of how both experiences can come together in powerful and beautiful ways. To be included in spaces our parents and grandparents could have never imagined. To celebrate the coming together of love, faith practices and music. To be comfortable being our authentic selves – from our dreadlocks, to our baldness. Prince Harry and Meghan made their wedding the opportunity to give a platform to Britain’s untold story, whether or not that was their intention.

It was not a panacea that solved centuries of racial inequality, or changed the negative attitudes of individuals. It did not transform policy or eradicate some of the issues that disproportionately affect the Black community. What it did do is combine two identities that have often been in conflict in the minds of those with their heritages both in Britain and the African Diaspora.

Our history and legacy may be tied up in a country that we’re only now seeing as our own, but with each generation we have the opportunity to reconcile our two cultures as one. The two identities can often be held in tension, but I firmly believe that by embracing both our Blackness and our Britishness we can find a resolution within ourselves. We are constantly growing and changing as a new British identity is being created, and I am so proud that Black Britons are making an impact.

This website uses cookies to improve your experience while you navigate through the website. Out of these cookies, the cookies that are categorized as necessary are stored on your browser as they are essential for the working of basic functionalities of the website. We also use third-party cookies that help us analyze and understand how you use this website. These cookies will be stored in your browser only with your consent. You also have the option to opt-out of these cookies. But opting out of some of these cookies may have an effect on your browsing experience.
Necessary Always Enabled
Necessary cookies are absolutely essential for the website to function properly. This category only includes cookies that ensures basic functionalities and security features of the website. These cookies do not store any personal information.
Non-necessary
Any cookies that may not be particularly necessary for the website to function and is used specifically to collect user personal data via analytics, ads, other embedded contents are termed as non-necessary cookies. It is mandatory to procure user consent prior to running these cookies on your website.
SAVE & ACCEPT